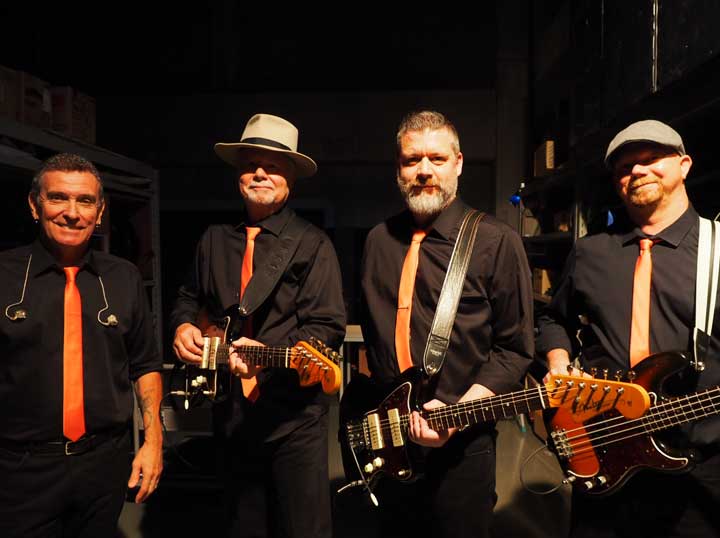 The Ventures have sold over 100 million records.

The Ventures formed in Tacoma, Washington in 1958. The legacy kicked off with the opening drum roll of 1960’s Walk Don’t Run, a #2 hit that would go on to sell more than 2 million copies. From the garage, to the beach, to the stars, The Ventures defined an entire decade of instrumental rock music.

The Ventures have sold over a 100 million records. They were inducted into The Rock & Roll Hall of Fame in 2008..

Known the world over for their blistering live show, including their legendary show-stopping rendition of Caravan, the current line-up continues to deliver dynamic and powerful performances.

Leon Taylor (drums): Leon is the son of legendary drummer Mel Taylor. He stepped into his father’s position and has been supplying a solid backbeat for over 20 years.

Bob Spalding (guitar): a studio heavyweight and live show regular with the band for over 35 years, Bob has more than earned the title of “The Fifth Venture.”

Ian Spalding (guitar/bass): Ian has worked in the studio and on the stage with the band for over 10 years. He’s been playing Ventures songs since before he could ride a bicycle.

Lucas Griffin (bass/guitar): The newest member of The Ventures family, Lucas brings a wealth of talent and agility to the stage.