Dancing with the Celts 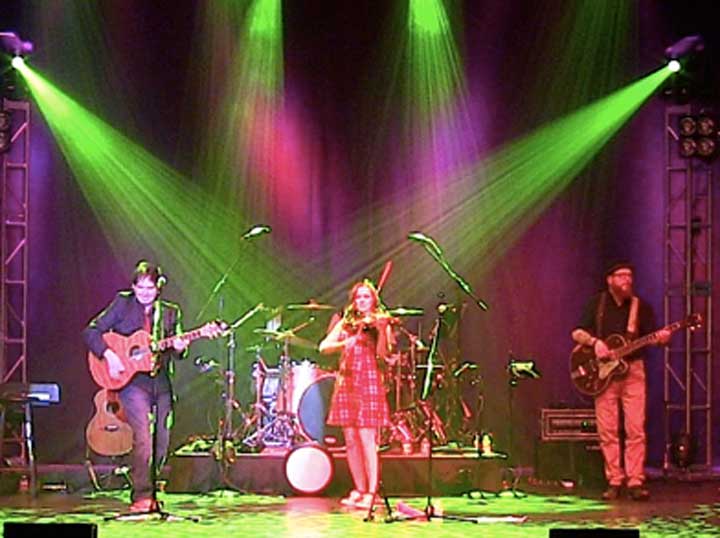 Dancing with the Celts are led by musician/songwriter/producer Ric Blair.  Ric Blair, is also the founder of their two popular concept shows, Roots of Great American Music and Christmas with The Celts.

In 2010, Blair produced the national PBS show Christmas with The Celts which was filmed in front of a sold out audience at the original Grand Ole Opry, (voted top venue by Pollstar) the world famous Ryman Auditorium.  The show aired on 222 PBS channels across the U.S., Canada and on the BBC in Ireland for three years.  This successful TV show was the initial spark, which created a huge demand for the group, bringing them into major venues.

Today, Dancing with the Celts pack concert halls around the world including The Grand Ole Opry, The Ryman Auditorium, The Lincoln Center, and many other Performing Arts Centers, Theaters and large Casinos.  The Nashville Celts have shared the stage with a diverse range of specials guests and artists including Mairead Ni Mhaonaigh of Altan, Vince Gill, Irish singer Cathy Jordan of Dervish, Ricky Skaggs, Riverdance piper Ivan Goff from Dublin, Patty Loveless, Braveheart/Titanic piper Eric Rigler, and Tim O’Brien just to name a few.

The music of Dancing with the Celts is uniquely original.  When asked about their musicial style Blair says, “I’m proud of my Irish/Scottish roots, but I am equally proud of my American music roots.  So, our music has become a product of blending the two.”   Blair credits the group’s popularity to their melding of modern American hit songs and sounds with organic Celtic instruments as well as the success of their PBS-TV specials.

That hybrid sound and historical evolutionary process from the roots of Celtic-American immigrants to today’s most popular music is also fully depicted in the band’s new production  entitled Roots of Great American Music.  This high energy production demonstrates how Irish music influenced the development of American bluegrass, country, and pop music.

Early in his career, Ric Blair was a promising jazz major at the University of Cincinnati’s prestigious College Conservatory of Music.  A chance encounter changed the entire course of his life.  “A buddy of mine said “Hey there’s this Irish group playing tonight,’ American-born and Nashville based Blair remembers.  It took a little prodding, but he agreed to give the concert a shot.  “I opened the doors, and people were literally dancing on the tables,”says Blair. “The music was so happy.  As soon as I heard the pipes and Irish whistle, something in my blood hit me and said ‘this is what I want to do’.” Today, Blair reigns as one of the country’s most respected purveyors and historians of Celtic music.

In 2015, The Celts appeared on PBS TV show Music City Roots.  In March of 2016  performed at The Bluegrass Underground and will soon host another PBS special called Roots of Great American Music which will feature some of the world’s most famous Country music, Irish music, and pop stars as special guests. The Celts are booked by MPI Talent Agency and managed by Bruce Garfield Entertainment.

The show begins with transportive impassioned music, narrative songs and the telling the story of oppression in the homelands, the pains of leaving, crossing the Atlantic, hope in America, and fighting in America’s Civil war (as Lincoln’s Irish Brigade).

You will feel like you’re right there living through those pages of history. Experiencing blazing Irish songs, stories and dance, The Celts are known for their superb musicianship, lively spontaneous and unpredictable wit and interactive play with their audience.

Hear ‘Celticized’ performances of classic modern day songs that merge ancient Irish uilleann pipes, Irish whistles, and bodhran with modern instruments such as banjo, mandolin, string bass in a manner that reunites the musical styles as never done before.

You will hear songs made famous by Johnny Cash, Van Morrison, U2, Hank Williams, Mumford & Sons and other greats.