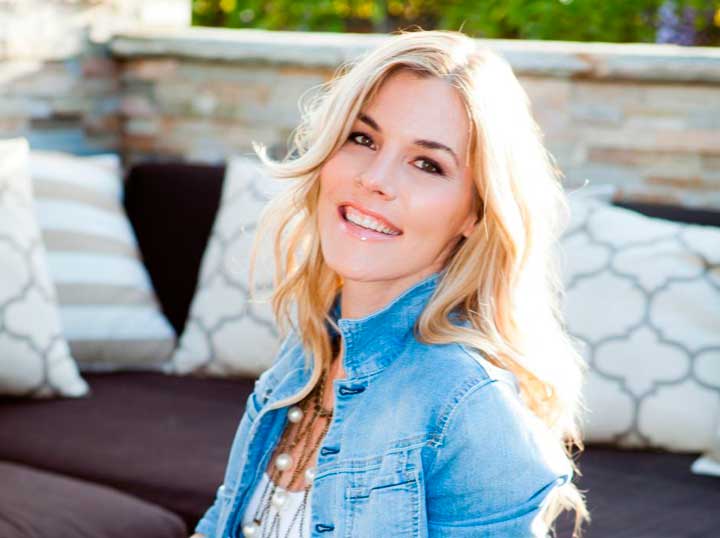 Paige originally rose to pop stardom in the late 90s, catapulted by a deal at Hollywood Records, with the never out of date “Crush,” produced by Andy Goldmark, which sold 11 million copies and went #1 in 16 countries. Paige toured the world in support of her self-titled debut album and its follow up, Positively Somewhere. Her third solo album, Best Kept Secret – featuring the hit “Beautiful Lie,” written and recorded with Nick Carter – came out in spring 2008, but it was what happened at the very beginning of that year that was profoundly life-changing for Paige.

In January 2008, shortly after Paige had relocated from Los Angeles to Nashville – where her parents also lived – her mother passed away. Two weeks later, her father had a heart attack and died unexpectedly. “They were my biggest supporters, always cheering me on”, says Paige, “and it just took the wind out of my sails.” At the same time, she was diagnosed with melanoma, and spent the year in and out of doctors’ offices, working for a full recovery, which eventually came.

For the first time in her life, Paige lost the desire to sing. “Music had always been such a great release for me,” she says, “but I wasn’t sure if I wanted to continue putting myself through the ups & downs of an artist’s life while feeling so raw.” She turned to behind the scenes work, digging deeper into her songwriting skills, writing music for commercials and brand-related projects. She decided to share her experience as an artist through her own podcast, and found herself regularly interviewed by entrepreneurs, DIY artists and marketing media.

Over time, Paige felt the heartache subside. She had always wanted to make a Christmas record, and Holiday – her first independent album – was released in late 2012. She gathered friends to play instruments and sing backgrounds, reimagining classic carols, and introducing a few new originals. In dipping her toe back into creativity, Paige reconnected with her passion for music, and how great it felt to just sing. “When I say I believe in the healing power of music,” she says, “I know firsthand it’s true.” She partnered with producer Jeremy Bose in early 2016 to write and lay the groundwork for Starflower, which is named for her daughter Stella Rose – Paige’s “angel baby” – who was born in 2014. Their collaboration flowed freely, and the album was written and recorded quickly, intuitively, at a studio less than ten minute from where Paige lives – “I didn’t want to overthink it,” she says. “I wanted to say whatever needed to be said, and let it all come out naturally.”

Paige teamed with her fans for support to fund the album through Kickstarter. The crowd-funding process was vastly different than what she experienced in the major label world earlier in her career, where there was a separation, a mysteriousness between artist and audience. “The fans have been the one constant throughout the years,” she said. “I feel like I’ve gotten to know them well on the social networks, and they’ve been an important part of why I love doing what I do.”

The creative process also coincided with new motherhood for Paige, and she feels that the desire to find the balance of a strong family life, while pursuing big dreams, is also represented in the new songs.

Written during a cold and rainy February in Nashville, the first single, “Devil’s in the Details,” draws on raw emotionality with penetrating lyrics and an insistent beat as it explores the exhausting grind of a relationship in trouble – but one that Paige is convinced will succeed in the end. The second single, “Forget Me Not,” Paige says, “almost wrote itself. Sometimes I have no idea where songs come from or why I feel the need to write a certain lyric. I am often inspired by a melody first, and this song was lead by a certain longing that I heard in the melody. The lyrics came later.”

The elegiac and beautiful “January” represents the anniversary of the passing of Paige’s parents. “I was thinking about how well-meaning people often say that the loss gets easier as time goes by. It was hard for me to hear that. It felt as though they were being forgotten. I didn’t want it to be easy – but I didn’t want it to be too hard. It’s that push/pull, how good and bad it is to remember someone you’ve loved and lost, all at the same time.” Her brother Chance Scoggins sings background on the track.

Paige wrote the shimmering title track “Starflower” for her young daughter Stella (which means star) Rose. Loving and empowering, it celebrates her now and as the woman she’ll become – “I didn’t want to write a gushy mommy song. I wanted it to be a song for her to have when she grows up, that will grow with her.”
The last of the new tracks is the ethereal instrumental “If We Be Still.” Stella Rose’s coos can be heard in the background. “This album covers a lot of emotions,” says Paige, ”I wanted to finish by expressing that I’m at peace with everything. I’m thankful and excited for the future.”

Underscoring that sentiment, the album closes with Bose’s acoustic mix of “Crush,” recasting it with a serene dreaminess that infuses the song with new life. “I like the original, and never wanted to re-record it until now,” says Paige. “I love the way it turned out – I tip my hat to the past, and to what brings me here today.”

Among the things that have brought Jennifer Paige to this moment is a lifetime of loving and making music. She cites the legendary Etta James as her all-time favorite singer, and admires greats including Annie Lennox, Adele and Stevie Nicks (echoes of these artists can be heard running through Paige’s vocals, though her sound is wholly her own). Others she’s listening to now include Ed Sheeran, Ellie Goulding, Tove Lo and Erik Hassle.

With her own music, she started piano at age eight, and by age 10 she was playing in coffeehouses with her brother Chance in and around their hometown of Marietta, Georgia. In high school, she studied Voice, Dance and Theater at the prestigious Cobb County Center for Excellence in the Performing Arts. By 18 she was touring the country as lead singer with a professional Top 40 cover band. It was an intensive and invaluable training ground for what would come next – a move to Los Angeles, a short stint as a working musician and demo singer, and then major music industry and global stage success.

“One thing leads to another,” says Paige. “I’m continuing my story with new music. I feel like that’s what this album is about, going deeper, being more aware. I want to take it as far as I can go, and see what it leads to next.”