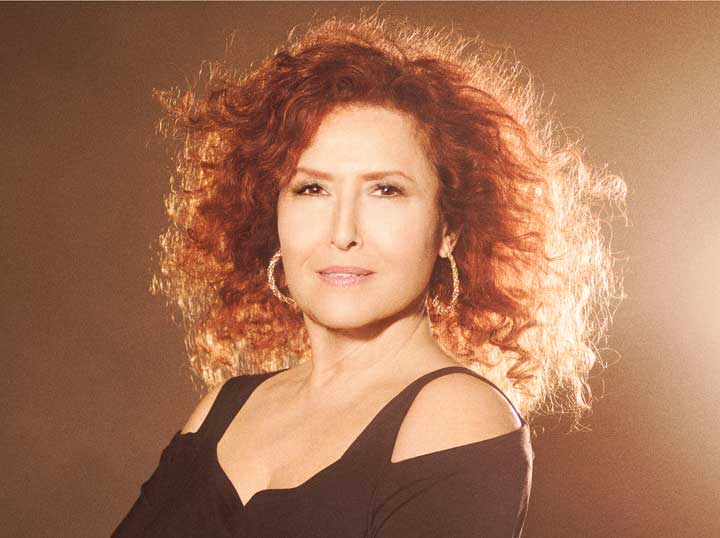 Grammy Award-winning artist Melissa Manchester was born in New York where her father was a bassoonist for the Metropolitan Opera Orchestra and her mother was one of the first women to design and found her own clothing firm, Ruth Manchester Ltd. They introduced her to all the classics, and by the age of 15, Melissa was already a published poet.

After graduating from the High School of the Performing Arts (where she studied acting), Melissa entered New York University and enrolled in a songwriting class taught by Paul Simon. She landed a staff writing job at Chappell Music and performed as a solo singer/pianist in the clubs of Greenwich Village. While working in the New York jingle singing circuit, she met Bette Midler and Barry Manilow.

As a back-up singer for Bette, Melissa fulfilled her childhood fantasy of playing Carnegie Hall. Six months later, she had a recording contract, and went on to headline at Carnegie Halland Radio City Music Hall, and performed for sold-out audiences across the country.

Melissa’s music has served to establish her as a compelling singer/songwriter.  Her debut releases Home To Myself and Bright Eyes positioned her as a dynamic new talent, and Melissa launched the smash hit single “Midnight Blue.”

Melissa and Kenny Loggins co-wrote the radio classic “Whenever I Call You Friend,” and her songs have been recorded by Barbra Streisand, Dusty Springfield, Alison Krauss, Roberta Flack, Johnny Mathis, Kathy Mattea, Peabo Bryson, Cleo Laine and Barbara Cook, among many others. Her international hits “Through The Eyes Of Love” and “Don’t Cry Out Loud” were written for her by her friend and frequent collaborator Carole Bayer Sager, Marvin Hamlisch and the late Peter Allen.

Melissa was nominated for a Grammy in 1978 and 1979 and received the Grammy Award in 1982 for Best Female Vocalist.  In 1980 she became the first artist in the history of the Academy Awards to have two nominated movie themes in a given year — “Through The Eyes Of Love” and “The Promise” – and went on the make Oscar history by performing both songs during the worldwide telecast.

For her acclaimed release Tribute, Melissa came full circle, honoring the great singers who influenced her.  From Garland to Streisand, Piaf to Fitzgerald, Melissa paid homage to the icons with lush Peter Matz arrangements for this collection of classics.

Melissa has combined her acting and singing talents in starring roles in Andrew Lloyd Weber’s Song And Dance and Music Of The Night, and in a recurring role in the hit television series Blossom.She also worked again with Bette Midler, co-starring in the film For The Boys, released by 20th Century Fox.

In 1998, Melissa released her first Christmas album on Angel/EMI Records. The CD, entitled Joy, was hailed by the New York Timesas “a heartfelt Christmas album that sounds classic on first listen.”

In yet another career first, Melissa has written the musical I Sent A Letter To My Love, based on the acclaimed Bernice Rubensnovel of the same name. She performed the leading role in a National Public Radio broadcast and the staged musical premiered in Boston at the North Shore Music Theatre in 2002.

Melissa returned to the stage when she co-starred with Kelsey Grammer (“Frasier”), in Stephen Sondheim’s musical masterpiece Sweeney Todd at The Ahmanson Theater in Los Angeles, and she recently starred in the Chicago premiere of HATS!, a new musical that contains several songs she co-wrote with Sharon Vaughn.

She also composed for Disney’s The Great Mouse Detective, co-wrote the score for Lady And The Tramp II, and she released her sixteenth CD, When I Look Down That Road, all the while celebrating four decades of performing with appearances throughout the United States.

In 2010, Melissa co-created and starred in the five-time Ovation Award nominated ballroom dance spectacular Fascinating Rhythms at the Rubicon Theatre, and her song “I Know Who I Am”, co-written with Joanna Cotton and Greg Barnhill, was recorded by Leona Lewis for the Tyler Perry feature film For Colored Girls.

Most recently, nine of Melissa’s songs were highlighted in the feature film Dirty Girl, including the original theme song “Rainbird” which Melissa recorded and co-wrote with the movie’s star, Mary Steenburgen.

Melissa Manchester has received the Governor’s Award from the National Academy of Recording Arts and Sciences for her contributions to the music and recording arts, and her body of work to date as a singer/songwriter was a featured exhibit at the Lyman Allyn Art Museum.